This Culture Of Shame Will End Us All 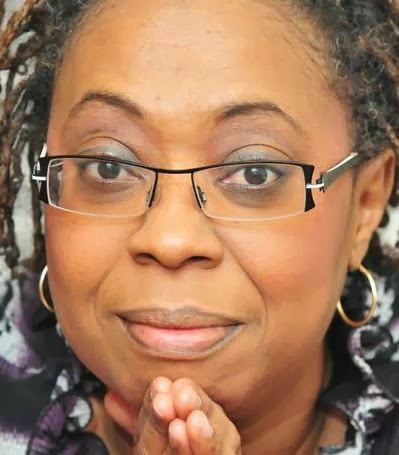 It is for real. We live, sleep, eat, drink, ingest and exude shame.

Shaming others and ourselves is our favourite past time.

Reality shows are based on shaming and so many lap them up.

Mothers doing what is most natural - breastfeeding their babies - are shamed into covering up.

If you have some curves or fluffs, as my Jamaican Sistahs call their love handles, there is a likelihood that you will be shamed.

Driving around Edmonton this morning, stopping for breakfast and picking up a few items, I see more subtle evidence of shaming. My friend needed to stock up on "smokes," (something that I shame him about in my questioning "do you have to smoke?) he pointed out to me some posters on the corner shop window. They were pictures taken of shoplifters who were caught on camera. "Banned," captioned all the "shameless," hungry and near destitute faces of mainly Aboriginal Canadians.

It is a similar kind of shaming that I notice on the television these last few days as images of Black Americans are captioned "looters," "hoodlums,"  and even "criminals."

Strangely, the practice and culture of shaming does not necessarily point to certain members of our societies.

Ever sat down to watch your tube and an image of "starving children of Africa," with flies about to perch on their eyeballs slowly pans across the screen? Shamed - an entire continent for the greed, neglect and mishandling of public funds by the wealthy bankers, multinational corporations and "First World" governments.

Where are the pictures of those people? How often have you seen the shaming of rogue police officers, employers, government officials who continue to perpetuate the circumstances of shame?

I have been "shamed" for dressing too well, my butt being too noticeable, my legs being as long as they are and for other reasons well beyond my natural control. The colour of my skin, my intelligence and the fact that I am a woman have been reasons or pretext to attempt to shame me.

Being elderly, having a physical disability, or being differently sexually oriented from the majority are ground zero for shaming too many.

When the "shamed" have had enough and feel a need to demonstrate their inability to contain the humiliation and pain any further - the "shamers" notch it up even further. They have the worldly power to do so seeing that they own the media, they are the "law enforcers," they are the government.

Yesterday, as with everyone else watching even briefly the riots in Baltimore, I saw a shamed woman - doubly so as she was black and her child is a "criminal," a "hooligan" - I saw her demonstrate what we all might consider doing.

Take a stand for change. Be the change that we want to see. End the shaming. Do as President Obama stated, not because of his office - far from it, but because he spoke the only truth that we all, everywhere in this world could heed:

In fact, there are teachers, preachers, soldiers, managers, men, women, shopkeepers, celebrities - you, me - ordinary people, who have to do some soul-searching.

As we grapple yet another decade, through another year, another moment in time with shaming in the forms of racism, classism, sexism, heterosexism, ageism, nationalism, etc let us dig deep, stretch farther and heal.

In love, peace and justice for all,

Claudette
Posted by Unknown at 12:06